Why Assault and Battery Are Two Different Offenses Under Florida Law 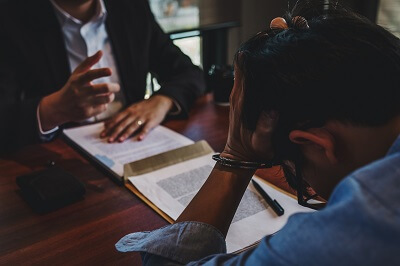 While the potential penalties for assault and battery offenses can vary depending on the type of degree of the charges in question, the consequences of a conviction are often significant. In addition to the possibility of steep fines and jail or prison time, being convicted of these kinds of serious crimes can continue to negatively impact you, your family, your opportunities, and your future even after you've completed your sentence.

Are you or someone you love the subject of an assault or battery investigation? Have you or a loved one been arrested for, or charged with, one or more of these offenses? Don't risk letting a mistake or a misunderstanding destroy your life.

Learning how the Florida law defines these crimes, as well as how they differ and the punishments you could face if convicted is vital. Here's what you need to know about assault and battery cases in the Sunshine State, including why hiring an experienced criminal defense attorney is your best chance for avoiding a conviction or the most severe penalties at sentencing.

Think you know what constitutes an assault in Florida? You might be surprised. While people often think of an assault as a physical attack, that isn't at all how it's defined under the law. In fact, it's the exact opposite. Assaults, according to state statutes, are intentional, unlawful verbal or physical threats of harm to another person. These crimes also require that the person making the threats have the apparent ability to carry them out, as well as act in a way that instills a well-founded fear of imminent violence. Charged as second-degree misdemeanors, assault convictions can result in an up to $500 fine or up to 60 days in jail.

When an assault involves the use of a deadly weapon (without the intent to kill) or with the intent to commit a felony offense, the charge can be upgraded to aggravated assault, which means the possible punishments become more severe. Instead of a second-degree misdemeanor, a $500 maximum fine, and up to two months in jail, aggravated assault is a third-degree felony charge that carries the potential for an up to $5,000 fine and an up to five-year prison sentence.

Battery Charges in the Sunshine State

Under the law, what many people consider assault—intentional, unwanted physical contact or intentionally causing physical harm—is actually battery, a separate, but often related offense. Intention and physical contact play key roles in a battery charge. If you purposefully and actually touch another person against their will, you could face a charge of battery, even if the physical contact was relatively minor. Battery is a first-degree misdemeanor offense that can result in an up to $1,000 fine and up to one year in jail.

As with assault charges, certain aggravating factors can lead to more serious charges and penalties for battery crimes. In Florida, you could face aggravated battery charges, which are second-degree felony offenses, if:

An aggravated battery conviction carries a maximum fine of up to $10,000, as well as up to 15 years in prison.

While assault and battery are separate and distinct crimes, it is not uncommon for a case to involve charges for both types of offenses. These are instances in which threats (assaults) are followed by actual unwanted physical contact (batteries).

Conversely, in some cases, you could be charged with one crime, but not the other. For example, if the victim was approached from behind and didn't have a chance to anticipate the unwanted contact and become frightened, a battery charge would be appropriate, while an assault charge would not be. Why? Because assaults require threats and actions that indicate imminent harm.

While the above strategies are routinely used in assault and battery cases, only a knowledgeable and highly skilled criminal attorney can determine the right defense for your unique situation.

You Deserve an Adept Defense

If you're facing assault or battery charges, it's easy to feel hopeless, overwhelmed, intimidated, or even frightened. Fortunately, skillful legal counsel is available and you've come to just the right firm for help.

At George Reres Law, we proudly fight to protect our clients' rights and defend their future against harsh penalties and the long-lasting stigma of a criminal conviction. After we review and accept your case, we can:

Ready to find out what George Reres Law can do for you? Contact us today to schedule an appointment for a confidential consultation.