Burglary is a serious offense in the Sunshine State. Since burglary crimes are always charged as felonies, even first-time offenders can face significant consequences if convicted. 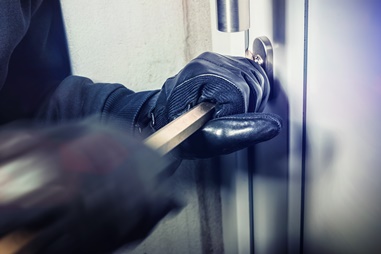 Are you or someone you love under investigation for, or charged with, burglary or a related crime like criminal trespassing? Your freedom and future may hang in the balance. Understanding how these charges (and a subsequent conviction) could affect your life and family, as well as how an experienced burglary defense attorney can assist you, is absolutely vital.

Here's what you need to know about Florida burglary cases, including why you should seek legal counsel as soon as possible.

How Burglaries and Robberies Differ

Though people often use “burglary” and “robbery” interchangeably in conversation, the terms have separate and distinct meanings under the law. Whereas robbery involves taking property from someone by force, or by threatening the use of force, burglary is characterized by these elements: unlawful entry and the intention to commit a crime.

Florida defines burglary as entering a dwelling, building, or vehicle with the intent to commit a crime. Criminal intent is key here—as a result, you could potentially be charged with burglary even if you didn't break in and never actually took anything. For example, burglary charges may result from:

In Florida, you can be charged with first-, second-, or third-degree burglary. The degree of the charge, as well as the severity of the possible penalties vary depending on the circumstances of the incident in question. However, because all burglary crimes are felonies, even a conviction for third-degree burglary—the least serious form of the offense—can carry potentially life-altering legal consequences. What follows is a brief overview of burglary charges and their penalties.

As a first-degree felony and punishable by up to life in prison, first-degree burglary is the most serious form of the crime. These burglaries can leave physical injuries and substantial property damages in their wake. You could face charges of burglary in the first degree if you:

Criminal trespassing isn't a type of burglary. However, people charged with burglary may also find themselves facing this related charge. Under Florida law, a person commits criminal trespass when they enter—or remain—in a dwelling or vehicle without the owner's permission. Unlike burglary crimes, which involve the intent to commit a crime, criminal trespassing just requires a general intent to trespass—no criminal intent is needed. The severity and type of criminal trespassing charges can vary, and heavily depend on the details surrounding the incident in question.

Any burglary charge is serious, but this is particularly true for repeat offenders. In Florida, offenders with two or more felony convictions may be subject to sentencing enhancements for subsequent convictions. Factors that can affect the enhancement received include the seriousness of your current charge, as well as the gravity and number of prior offenses.

You Deserve a Defense

No matter what you're accused of—or what you may have done—you deserve a vigorous defense. At George Reres Law, P.A., we proudly defend clients against burglary and other criminal charges, investigating and gathering the evidence needed to present a strong case for reasonable doubt.

Contact us today to schedule an appointment for a confidential consultation. Don't underestimate the value of early representation. The sooner you hire us, the sooner we can approach the prosecutor with mitigating information that could potentially result in reduced or dismissed charges.