Penalties for a Florida DUI Conviction

Have you or someone you love been arrested for, or charged with, Driving Under the Influence (DUI) in the Sunshine State? Don't underestimate the severity of the situation. While people often think of a DUI as a simple traffic violation, it is a serious crime under Florida law that carries the potential for 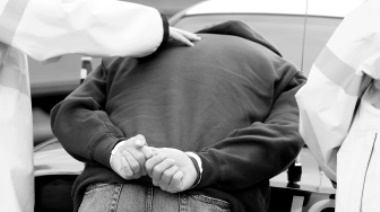 harsh penalties that escalate with each subsequent conviction.

Sadly, criminal penalties aren't the only ways a DUI conviction can affect your life. In addition to potential fines, imprisonment, and the revocation of your drivers license, having a DUI conviction on your record can negatively affect your car insurance rates, employment, and educational opportunities, as well as carry long-lasting social stigma.

Don't risk letting a momentary lapse of judgment or a misunderstanding turn your life upside down. Here's what you need to know about Florida DUI cases, including why hiring a skilled DUI attorney is essential to securing the best possible outcome.

When charging someone with a DUI, the state alleges that they drove—or were in actual physical control—of a vehicle while their normal faculties were impaired. This impairment could be caused by alcohol, but it doesn't have to be. Under Florida law, you could also face DUI charges for driving (or physically controlling) a vehicle when under the influence of an impairing chemical or controlled substance.

A blood or breath alcohol concentration (BAC) of .08 percent is the legal limit in Florida. However, everyone absorbs and metabolizes alcohol differently, and BAC can be affected by a variety of factors, such as:

The effects of alcohol can be varied and unexpected. As a result, it is often difficult for people to accurately determine whether they are legally safe to drive. You could have a BAC of .08 percent or greater and not even feel intoxicated. This makes getting behind the wheel after drinking a risky proposition, regardless of how many alcoholic beverages you've had.

Punishments for DUI convictions are substantial from the very first offense, and get more and more severe with subsequent convictions. Potential penalties can include fines, imprisonment, impoundment or immobilization of your vehicle, restriction or loss of your drivers license, and mandated participation in drug or alcohol education or treatment programs.

Other Consequences of Conviction

Don't make the mistake of thinking this whole DUI thing will just blow over. The sooner you contact a defense attorney, the better. Having skilled legal representation in the early stages of a DUI prosecution makes it possible for your attorney to begin vigorously advocating or your behalf before things start to spiral out of control.

Give yourself the best chance for a positive outcome. Contact George Reres Law today to schedule an appointment for a confidential review of your Florida DUI case.