Finding yourself suspected of a crime or facing criminal charges can be frightening. This is particularly true when the incident in question involves a homicide, or the killing of one human by another. 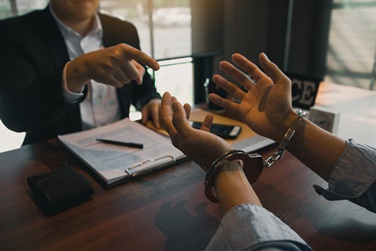 Not only are homicide-related crimes among the most serious offenses under Florida law, but they carry some of the harshest possible penalties. As a result, law enforcement agencies and the criminal court system tend to pull out all the stops when it comes to investigating and prosecuting such cases, assigning seasoned detectives and prosecutors, and dedicating considerable resources. This might be great for district attorney conviction rates, but it can leave suspects, defendants, and their families at a serious disadvantage.

Have you (or someone you love) been named a person of interest in a homicide investigation, or charged with murder or manslaughter? Here's what you should know about homicide cases in the Sunshine State, including how a skilled defense attorney can help level the playing field, and fight to protect your rights, your freedom, and your future.

While people often use the terms “homicide” and “murder” interchangeably, they actually have separate and distinct meanings under the law. For example, “homicide” doesn't necessarily mean “murder”—it is simply the legal term used when a human being causes the death of another human being.

Homicides don't always lead to criminal charges. In some cases, such as in defense of self or others, a homicide may be excusable or even justified. After law enforcement conducts an investigation into the incident, the district attorney will decide whether murder or manslaughter charges are warranted.

Whereas homicide is the killing of a human being by another human being, Florida law defines murder as the unlawful killing of a human being. The state has three degrees of murder. How a homicide is charged largely depends on the circumstances of the crime. The degree of your murder charge can dramatically affect how your case is handled and the penalties you could face if convicted. What follows is a brief overview of types of murder charges, including what the state has to prove, and how the degree of the charge could impact sentencing.

A capital felony, first-degree murder is the most serious type of murder charge, punishable by up to $10,000 in fines, life in prison without the possibility of parole, or the death penalty.

A homicide may lead to a charge of murder in the first degree if it was intentional and involved “malice aforethought,” meaning that the crime was committed after a period of planning and reflection. The law doesn't specify what length of deliberation constitutes premeditation. Depending on the circumstances, minutes—or even seconds—may be sufficient justification for a first-degree murder charge.

Suspects could also face first-degree murder charges if the homicide in question happened during the commission (or attempted commission) of other serious crimes, such as:

Second-degree murder is a homicide that occurs in the heat of passion or as the result of an action that shows reckless disregard for human life. The state doesn't have to show that premeditation—or even the intent to kill—was involved. A conviction for murder in the second degree can carry up to 30 years in prison. However, the state may opt to pursue life imprisonment if it feels that the circumstances of the crime warrant a longer sentence.

Third-degree murder is an unintentional unlawful homicide that occurs during the commission (or attempted commission) of a non-violent felony offense. A second-degree felony, potential penalties for a third-degree murder conviction include up to $10,000 in fines, between 10 1/3 and 15 years in prison, and an additional 15 years probation.

Under Florida law, manslaughter is a second-degree felony, punishable by up to $10,000 in fines, up to 15 years in prison, and 15 years of probation. A lack of malice, premeditation, or a reckless disregard for human life is what differentiates manslaughter from murder.

Manslaughter crimes can be categories as voluntary or involuntary. Common manslaughter charges include:

Having trouble distinguishing between certain degrees of murder and manslaughter? You're not alone. The line between these crimes isn't always clear—which is why hiring an experienced murder defense attorney who can advocate for your rights and interests is absolutely vital to ensuring the best possible outcome.

You Deserve a Strong Defense

At George Reres Law, P.A., we know that life doesn't always go according to plan—and it doesn't take much for you to find yourself on the wrong side of the law, fighting for your freedom and your family's future. You deserve a vigorous defense and you've come to just the right place for help. With extensive courtroom—and life—experience, our firm capably handles even the most complex murder and manslaughter cases.

The state has to prove your guilt beyond a reasonable doubt. Don't sit idly by while the criminal court system gears up for its next big win. The sooner you involve us in your case, the sooner we can get to work gathering the evidence needed to combat these charges. Contact us today to schedule a confidential consultation with a member of our exceptional legal team.