Robbery is a particularly serious offense that can carry significant and long-lasting consequences upon conviction. Are you or someone you love being investigated for robbery or theft in the Sunshine State? Have you or a loved one been arrested for—or charged with—one of these crimes? 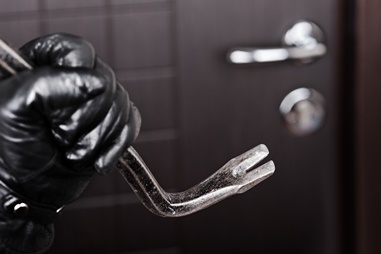 There's far too much at stake to face a criminal investigation or prosecution unprepared or alone. Fortunately, you don't have to. Learning what various charges mean, as well as how a conviction could leave your life unrecognizable, can help you make sense of this precarious situation and chart a wise path forward. Here's what you should know about Florida robbery and theft cases, including why you should consult and hire an experienced criminal defense attorney as early in the process as possible.

How Thefts and Burglaries Differ From Robberies

While thefts, robberies, and burglaries can all involve unlawfully taking someone else's property, these crimes actually have separate and distinct meanings under the law. Here's a brief overview of the three types of offenses and the differences between them:

Strong Arm Robbery—which involves taking money or property from another person through the use of force, violence, assault, or threat—is what most people think of in response to hearing that someone was robbed or charged with a robbery. However, it is just one of several types of robbery crimes outlined in the Florida criminal code. Here's a look at what each type of charge means and what you could face if convicted.

As a second-degree felony, Strong Arm Robbery is punishable by the following penalties (or a combination thereof):

Defined as purposefully and unlawfully taking money or property from another person's body, Robbery by Sudden Snatching is a third-degree felony that can result in up to $5,000 in fines, up to five years in prison, up to 15 years probation, or a combination of penalties. This type of robbery charge does not require the use of violence, force, or fear-inducing threats. Examples of Robbery by Sudden Snatching include picking someone's pocket or grabbing a purse and running away.

Robbery With a Deadly Weapon

When someone takes money or property from another person using force, violence, assault, or threats while in possession of a deadly weapon, Robbery With a Deadly Weapon charges may result. (A deadly weapon is something that is used or threatened to be used in a way likely to inflict great bodily harm or death.) You could face this charge even if you didn't actually use the weapon in question to carry out the crime—just possessing the weapon during the commission of the crime is sufficient. As a first-degree felony, Robbery With a Deadly Weapon is an especially serious offense, resulting in a minimum of 34 ½ months in prison (unless you qualify for a downward departure), as well as:

A combination of penalties is also possible.

Robbery With a Firearm

This robbery charge is characterized by the involvement of a gun. As with Robbery With a Deadly Weapon, a Robbery With a Firearm charge doesn't require the gun to be used to commit the crime—just that it was in your possession during the unlawfully taking of money or property from someone else through the use of force, violence, assault, or threats. This first-degree felony has a minimum mandatory sentence of 48 months in prison. In some cases, the mandatory minimum could be even longer due to the 10/20/Life Firearm Enhancement. Additional penalties may include up to $15,000 fines, up to life in prison, up to life on probation, or a combination of these punishments.

When someone enters a dwelling with the intent to take money or property from the occupants through the use of force, violence, assault, or fear, Home Invasion Robbery charges may result. As a third-degree felony, conviction carries a minimum of 34 ½ months in prison, as well as:

A carjacking is a robbery in which a person unlawfully takes another person's vehicle using force, violence, assault, or threats. This is a first-degree felony subject to sentencing enhancements. Possible penalties include a minimum of 21 months in prison, in addition to up to $10,000 in fines, up to 30 years in prison, and up to 30 years probation.

How Florida's 10-20-Life Law Could Affect Your Robbery Case

Did the robbery in question include a firearm or other "destructive device?" Your case may qualify for the 10-20-Life rule, which imposes escalating mandatory minimum prison sentences of:

You Deserve a Strong Defense

Let the exceptional legal team at George Reres Law fight for your rights and future. We can:

Contact George Reres Law today to schedule a discrete consultation to discuss your Florida robbery case, as well as your legal rights and options.